Our Services for Custom Homes

With over 45 years of experience as Naples home builders building luxury custom, custom, and semi-custom homes, Harden Custom Homes excels at being one of the top custom home builders in Naples and the surrounding areas. From the Consultation phase to the Welcome Home phase, we handle all aspects of your custom home from start to finish. A legacy of uncompromised quality, impeccable service, & total access are what sets us apart.

Our expertise is just what you need to help you create your own Naples custom home. Our Furnished Model Home and Corporate Showroom will allow you to see and experience the possibilites that come with building a custom home. Don’t waste another day dreaming about your perfect home. Contact Harden Custom Homes today and let’s get started making your dream a reality.

How much does it cost to build a custom home? FREE PRICE ESTIMATE.

Turn your dream Naples custom home
into a reality.

Our Corporate Showroom is designed to help make your dream home feel like a reality. One of our Harden Custom Homes experts will meet with you to discuss your ideas and answer any questions you may have about your new Naples Custom Home. See and touch options for your new home to create spaces you'll love.

You will work with one of our skilled designers who will help guide you throughout the process. Our team will bring all of the ideas together to take the blueprints into working drawings of your new home. From the floor plan, to the wall color, to the countertops, you will be able to create your one-of-a-kind home.

At Harden Custom Homes, we work with you to make your custom home fit your budget. We have been Naples Home Builders for over 45 years and have made beautiful custom homes that fit all types of budgets. We also work with other local businesses to get you financing, if needed.

Once we have all the details worked out, we will then proceed forward with a contract. This process is putting into writing the design, options, and budget associated with the home you choose. After careful review, it will be signed by both Harden Custom Homes and you, the customer. Let the construction begin!

One of our favorite stages as Naples home builders is the build stage! You will finally be able to see your dream home start to take shape. Each element of construction is done meticulously by our carefully selected sub-contractors to provide you quality you won't find anywhere else. You will also get a

Buildertrend portal Buildertrend is an application that will allow you to stay connected with everyone involved in the build process, all in one place. It's easy to set up and simple to use.
to stay up-to-date throughout the process.

Welcome to your new home! Your custom dream home awaits. Enjoy your masterpiece design with finishing touches picked out BY YOU from yours truly, Harden Custom Homes. We created this home with uncompromised quality and we know that you're going to love it! There's no place like a Harden Custom Home.

Get A Quote Photo Gallery

Harden Custom Homes offers many home plans to choose from, and if you don’t find one that suits your needs,
Mark can design one just for you. Here’s a glimpse of what we offer: 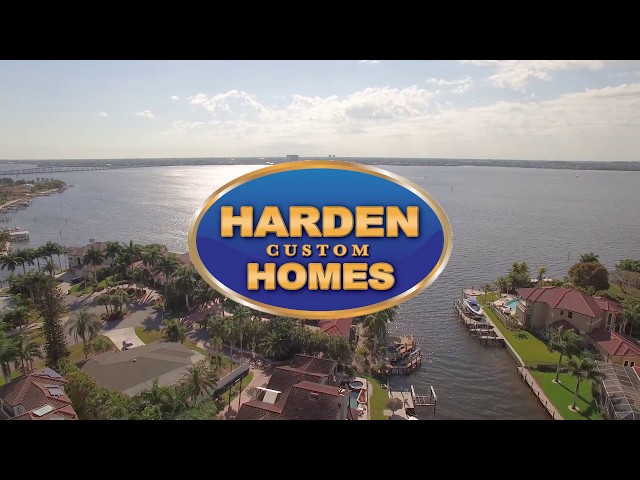 Get A Quote Photo Gallery

Naples is a city in Collier County, Florida, United States. Naples is a principal city of the Naples-Marco Island, Florida Metropolitan Statistical Area, which had a population of about 322,000 as of 2015. Naples is one of the wealthiest cities in the United States, with the sixth-highest per capita income in the country in 2012, and the second-highest proportion of millionaires per capita in the US.

Naples reports more than 2,900 hours of sunshine a year and more than 300 sunny days a year. Naples is normally frost-free and the growing season is 365 days. Tourism is a major industry for the city. The Naples area is home to several major land reserves, including the Corkscrew Swamp Sanctuary, Everglades National Park, Big Cypress National Preserve, Florida Panther National Wildlife Refuge, Ten Thousand Islands National Wildlife Refuge, and Picayune Strand State Forest. The Corkscrew Swamp Sanctuary is known not only for its 11,000 acres (45 km2) of landscape and wildlife, but for a two-and-a-half-mile-long boardwalk winding through the sanctuary. The Naples area is also home to the Naples Zoo at Caribbean Gardens, which dates back to 1919. Source Wikipedia